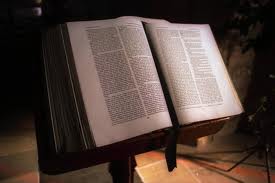 We were at a meeting at our church and someone was sick.  Very sick, and so we took 10 minutes to pray for her.  In the midst of our prayers for her someone prayed, “And we thank you God that you hear us, because when two or three gathered in your midst, you are here.”  In my head I was cringing.  But in a breath I was able to push it out of my head and get back to praying for her.

I believe Matthew 18:19 is the most mis-used and mis-understood in our churches today.  “When two or three are gathered in my name, I am among you” is a phrase most mis-used to the fault of poor hermeneutics.

When people use scripture in a way that is out of context for which the scripture was written, my theological teeth start grinding.  At that moment I’m in a conflict; do I stand up as “that man” and clarify “ladies and gentlemen, we are mis-using this scripture here and now, behold, the proper way to actuate what this passage was intended for”, or do I just sit back, and let the community do what they’re doing.  So far I haven’t felt the dire need to stand up and perform the previous (mostly because it would be a wee bit awkward), because not too much is in jeopardy in the moment.

It is my heart-cry for the people of God to learn to read scripture and interpret it rightly, and we do a great job at it, mostly.  The age of post-modernism and relativity has already made a dangerous mark on the science of hermeneutics (the study of interpreation of the Bible) in the church today.  Relativism has influenced some among us to adopt the attitude of “well thats what the scripture says for you, but not for me” and thus opening themselves to the vulnerability of heresy.  And so it is my goal to take this widely misunderstood passage and put some boundaries of interpretation on it (I’m not saying the way we mis-use this passage is heresy though).

I don’t even need to give the passage an introduction, as to what it says, Matthew 18:19, so here it is,

“Again I say to you, if two of you agree on earth about anything they ask, it will be done for them by my Father in heaven. For where two or three are gathered in my name, there am I among them.”

When Jesus said, “anything thing they ask” he wasn’t talking about something that usually comes up in church prayer meetings, illnesses, financial problems, marital issuess, etc. But I do need to clarify what the context is surrounding this text.  The context is instruction by Christ in how to confront a brother who has offended you,

“If your brother sins against you, go and tell him his fault, between you and him alone.” v. 15

I want to point out two things in this passage, and it is 1) confrontation and 2) the need for accountability or witnesses.

As you read it, you can tell there are two things being explained.  The necessity to attempt to reconcile bad air with a brother who has offended you.  If he is hard-headed and won’t listen to you, bring more people so they can witness things, and perhaps be of help.  Ones own rebelliousness is better self-illuminated by the more varied wisdom and advice coming from multiple people, rather than just one.   If he has indeed have such a hard-heart that he doesn’t listen to the church’s admonishing for him to repent, he is in a sense to be considered the lowest of the low to the church (which is a reflection on how God sees people who’s hearts are hardened).  Here we begin to realize how the passage we misuse is used in this context.  Note the emphasis is having witnesses around you, and accountability for the offender.  Consider the passage we misuse in this new context,

“…if two of you agree on earth about anything they ask, it will be done for them by my Father in heaven.20 For where two or three are gathered in my name, there am I among them.” v. 19

The fact that God says “I am among them” gives two things to this passage. 1) God is there and listening to the whole thing and if two or three ask things of God, God will honor it, and 2) He is the ultimate witness.  He witnesses all things, nothing goes by Him unseen.

The spirit in which this passage is usually used in church now-a-days, is one in which we are encouraging others that God is in our presence because two or three are gathered, or in the sentiment that God is there in power, not just in presence.  But God is among us all the time is what the scripture teaches.  God is among us, because He will not leave us nor will he forsake us, we are His sons and daughters in whom he delights.  So it is true when we say He is in our midst, but we mis-use that passage when we say He is here BECAUSE two or three gathered.  If we want to be totally scriptural about this, God is with us as a witness for help when confrontation is on the agenda, and is the ultimate accountability when seeking resolution with a brother.

I write this out of love for my kingdom brothers and sisters, not out of frustration.  It is my desire that together we become EXCELLENT at taking apart scripture and digesting it properly!  Right theology dictates right living!  Happy scripture reading my family!