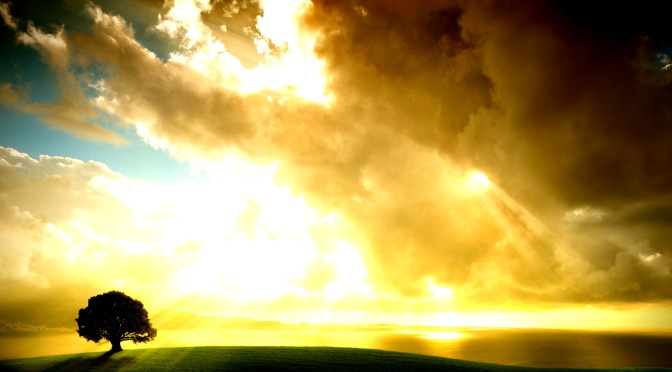 I don’t know why but I was just thinking about death recently.  The sun is shining, life is good, but I believe I started pondering it for a good reason.  I’ll share that reason with you.

I think death entered my idle mind as I started thinking about my little brother who is in the Holy Land right now, touring around Israel.  I love him so much.  My mind went into “what if…” mode.  I hate it when it does that, and I have to forcefully stop it sometimes, because it can be so damaging.  But my mind played the “what if…” question to my brother.  “What if my brother died in Israel?”  Well he would certainly get a front row seat of the return of Christ when he rises from the dead, but in the off-chance he did die in Israel, it would be a devastating blow the family.  We would miss him dearly!  But praise be to God, we would have hope of seeing him again.

Does everyone have this hope?  I know of a family who don’t believe in a heaven and hell.  They believe that we live for the best we can in this life, and then die.  Die and disappear pretty much.  Which is why its important to them to invest in society so much, so as to leave a legacy.

I want to pose a series of “Isn’t it curious….” questions to this type of outlook towards death, for those who say there is no God, and there is no after-life, we just…..disappear.

Isn’t it curious we place so much effort and life into the pursuit of love….only to lose it in the end?

Isn’t it curious we spend the good part of our lives investing in material things that we seek and work to call our own…to only lose it in the end and it become others possessions?

Isn’t it curious how we react to death…as if death is a cruel thief stealing our loved ones at a most inconvenient time?

Isn’t it curious how we mourn and miss our loved ones….as if we feel we have been dealt a crappy hand, and life turns to be an unfair master?

Isn’t it curious why a word even exists called HOPE?

If a word called “hope” exists, and all is useless in the end, are we just fooling ourselves when we talk about hope, at all?

Those who love Jesus Christ, we are “waiting for our blessed hope, the appearing of the glory of our great God and Savior Jesus Christ, who gave himself for us to redeem us from all lawlessness and to purify for himself a people for his own possession who are zealous for good works.” Titus 2:13-14