A charge sheet that accuses Jesus of his crimes.  These experts discuss exactly what is implied here.  They show that some sections of the sheet has been rubbed out in an attempt to delete it.  Amongst a litany of testimonys that prove Jesus death and ministry, here is an interesting clip from scholars across the Pond at Asbury University, UK. 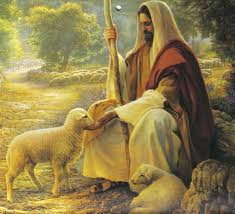 Do you love God? Do you count him your all-in-all? There is one way by which to measure that love. The love you show to others.

Jesus said it quite plainly. John 21:15-19 narrates the account where Jesus asked Peter, “Do you love me?” Peters response was “Of course I love you.” Jesus response was amazing! “Then feed my sheep.”

I find myself doing this and maybe you do too. I “love” God by praying to Him, by tithing to Him, by committing my life to Him…all these ways are legitimate ways to love Him, but its interesting Jesus said, “If you love me, you will love each other.”

Lately I’ve considered it a goal to read through the gospel of Mark. If there is a core teaching, a core system, or a heart to the writing that I want to glean from it, its the ways, teaching, and heart of Christ I want to glean. I want the thought of Christ to jump at me from the pages. Like one of the great evangelists and speakers of our day said, Ann Graham-Lotz, “Just give me Jesus.” It’s true…out of all the characters in the Bible I could study, I want to study the life and teachings of the very man who in this instant is performing his perfect priestly service to me, and has bestowed on me an inheritance greater than I could ever conceive!! I want to know who this is!!
I say this, because I think I found someone in the word someone who might have experienced an emotion much akin to this. He was a scribe, probably one of the scribes in the synagogue who listened more to Jesus’ teachings with his heart than his heady counterparts, pharisees and sadducees. Mark says this scribe came to Jesus because he heard how successfully Jesus was teaching to the people there. He was probably intrigued, and maybe experienced how Jesus’ words on some matters spoke to his heart. This man was still a scribe, and probably a bit legalistic like many teachers were, obsessing over the law, forgetting altogether the maker of the law in the first place. But like many who have broken free from the chains of legalism into the freedom of Christ, he too was about to begin his life away from the law. So in his legalistic tendencies he approached Christ about a command, and asked what Jesus thought was the most important command. Jesus response was probably so satisfying to him. He chimed back and repeated what Jesus had said to him, affirming it to his own life. “You are right Teacher.” What was this command that Jesus gave him. It was the only command that could wean a man off the law itself. It was the greatest verb a man could integrate into his life. The greatest thing he could do to others. Like all commands that revolve around an action, indicated by a verb, Jesus gave him one word….Love! In two forms he gave him this word….1) Love God, 2) Love others.
As the greatest command ever given, this may be the one thing that is hardest for us to carry out. It requires that we look beyond ourselves, it says “be God to that person and love him”. In our self-centered society, this is probably top on our list of things that we should entreat prayer in aid for this, and is probably one of the things we pray about least. “Father, even now….teach me to love….to love beyond myself…to love in faith…to love in ways I do not know…that I may be Christ to all who don’t know you.”