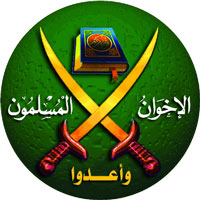 Exactly who are the Ikhwan (MB in Arabic), and what do they stand for?  Since Obama seems to not rule out this “non-secular” replacement to the Mubarak regime, this question must be asked, and the eyes of the West must be peeled open to see exactly what is happening here.  Never mind the fact our president is even considering supporting this terroristic group, lets look at a Five Stage Process of Domination that might give us a look into who they are, and what their intentions might be (Source from the President of the Center for Security Policy, Frank Gaffney, Jr.)

Phase One: Discreet and secret establishment of leadership.

Phase Two: Phase of gradual appearance on the public scene and exercising and utilizing various public activities. It [the MB] greatly succeeded in implementing this stage.  It also succeeded in achieving a great deal of its important goals, such as infiltrating various sectors of the Government.

Phase Three: Escalation phase, prior to conflict and confrontation with the rulers, through utilizing mass media.  Currently in progress.

Phase Four: Open public confrontation with the Government through exercising the political pressure approach.  It is aggressively implementing the above-mentioned approach. Training on the use of weapons domestically and overseas in anticipation of zero-hour.  It has noticeable activities in this regard.

Phase Five: Seizing power to establish their Islamic Nation under which all parties and Islamic groups are united.

I really can’t believe Obama isn’t seeing this.  But then again, neither did Carter when he supported the Ayatollah-regime.

Consider a blurb from another document, by the Muslim Brotherhood, or Ikhwan.

The Ikhwan must understand that their work in America is a kind of grand Jihad in eliminating and destroying the Western civilization from within and ‘sabotaging’ its miserable house by their hands and the hands of the believers so that it is eliminated and God’s religion is made victorious over all other religions.

Here is the original article.

Another article worth reading.

If you haven’t been keeping up with all the ousting and reformation happening in the Middle East in the last month or so, you need to catch up.  This may be the one of the largest history making years the Middle East has seen in a long time!

First, Tunisia ousted their president, and he fled to Europe.  Other countries noticed, one of them was Egypt.  Egypt has noticed for a while other countries around them, have had reforms, ousted their leaders and replaced them with leaders of their choice.  Egyptian President Hosni Mubarak has been in power since 1981, and the Egyptians want him out.  He hasn’t exactly listened to his people in the past.

Emboldened by recent events, the poor to middle class citizens took to the streets in peaceful protests at first, early last week.  Then they became increasingly ugly and violent, as they continue to be today.  If this protestation of the government is a fire, I want to know who or what was striking the flint to get this fire started.  In a way….nobody.  Egyptians have been dissatisfied for a while.  But the reason it turned from peaceful protests to ugly violent rages, is because of the Muslim Brotherhood of Egypt, that decided they would seize this moment.

Here is a video, from a man I greatly respect, Joel Rosenberg, that explains what has been going on from a viewpoint of someone who has worked in the White House, served as advisor to the PM of Israel, and is a believer in Jesus Christ.

Here is the video.

By the same man, Joel Rosenberg, here is a written explanation of what has been going on.

May God have mercy on the nation of Egypt, and its people.  May they receive the best leader for them, who will lead them into a government of fairness, tolerance, justice and uprightness.